It adds the option of training mate positions from mate in 1 move to mate in 4 moves.

The positions are taken :

It is divided into levels, each level has 10 blocks, each block has a number of positions depending on the type of mate. 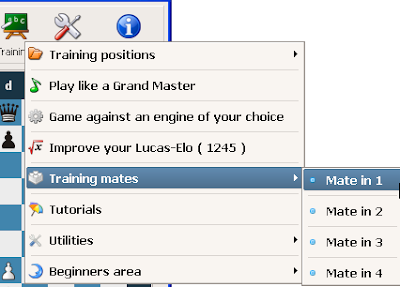 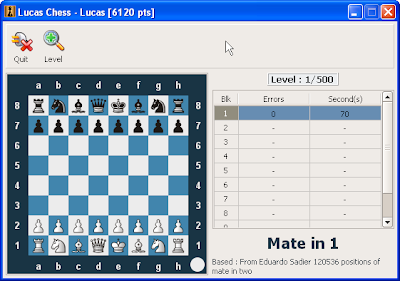 To train a block in current level : double click on the row block
To train the next level : you click on Level icon and choose level and block level . 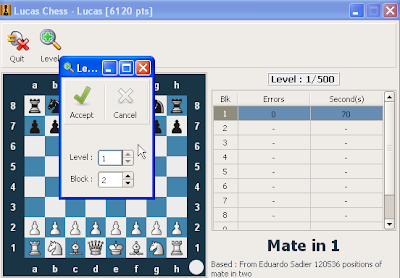 Playing have a help icon that indicates the move and also adds one to the number of errors . 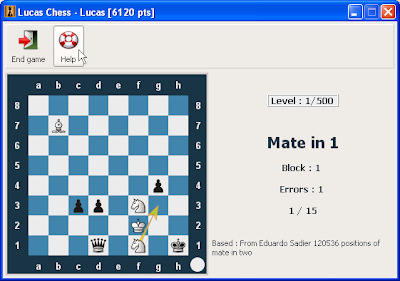 Also it is included Critter 1.0.

May 30, 2021
The first official binary version of Lucas Chess on Linux has just been released. It has only been made possible by the great work done by Laudecir Daniel , choosing and compiling the 67 engines, as well as laying the groundwork so that the binaries can be more widely used and others such as shortcut creation, installation scripts, ...... In addition,  Graham O'Neill  has provided Linux-specific drivers for several digital boards. This version has two limitations : 64-bit Linux OS only. Minimum GNU libc version: 2.26 (ldd --version shows it) Installation has been made as simple as possible: The installer is a .sh file, generated with the  makeself  tool, and can be downloaded from: SourceForge , GitHub The file must be run from a terminal with user permissions only: sh ./LucasChessR123_LINUX.sh Launches a GUI with very basic options: Install: Installs in LucasChessR folder inside the home user folder. Generates a shortcut in Applications > Games Launch the application at the end
62 comments
Read more